In December 2015, Sydney saw its first intravenous clinic, named The Hangover Clinic, open its doors. Traditionally, the age old Aussie hangover cure consisted of a glass of Berocca and a trip to your local McDonald’s. Now, people are resorting to forking out hundreds of dollars to relieve their symptoms of regret in as little time as possible.

Claiming to cure a hangover within 30 minutes, the company’s website details how doctors administer IV drips containing saline, anti-nausea medication and vitamins into clients whilst they’re hooked up to oxygen tanks and drinking vitamin smoothie concoctions, all in the name of curing the ingestion of too many tequila shots, jagerbombs and bundy and cokes.

Packages begin at a base rate of $95 and go all the way up to $200 for the “monster” of all hangovers. With celebrities both locally and internationally enlisting IV services for jetlag, vitamin boosts, aiding off illness and energy enhancement, it seems that the social media exposure has led business owners to fill in the gap of finding a quick fix to the hangover cure. 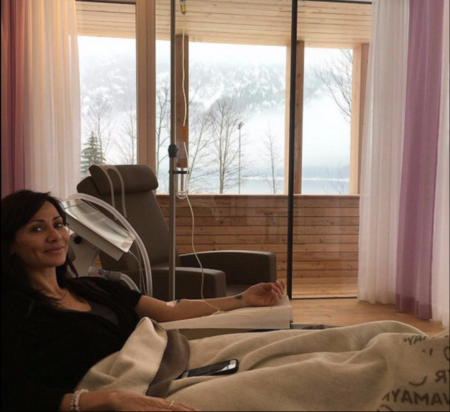 However, doctors are not convinced that this is the cure that our drinking culture is looking for.

Associate professor Ken Harvey has lodged complaints against several IV hydration clinics in Sydney to the Pharmacy Board of Australia, the Australian Competition & Consumer Commission (ACCC) and the Medical Board of Australia on the grounds that there is little evidence that IV hydration will relieve the typical hangover symptoms as advertised by these clinics.

“Why on earth would you choose to have a needle stuck in your vein? It’s pure, crazy hype, stimulated by pictures of celebrities on social media. There is no good evidence that taking things like vitamin C orally or intravenously is going to do anything for your hangover, or improve your immune functionality or lead to better skin and nails,” Harvey tells news.com.au.

In February this year, one of Sydney’s hydration clinics was shut down when NSW Health investigated an incident where a patient was taken to St Vincent’s emergency room after treatment. The patient was found to be suffering from a fever, abdominal pain and low blood pressure, according to a NSW Health representative. What was meant to be a temporary closure has now led to the iv.me clinic in Darlinghurst no longer listed on the company’s website. Their Melbourne clinic, however, is still up and running.

One of the concerns raised by AMA vice present Dr Stephen Parnis is the harm caused by cannula vitamin injections. “They can cause clots, infections and can potentially damage adjacent structures like an artery or a nerve. But mostly this is just giving people vitamins they don’t need and you excrete most of them through urine anyway”.

So is this the answer to Australia’s drinking culture, or just a fad?

The Washingtonian’s Alexandra Robbins reported back in 2013 how this highly publicised trend of IV hydration in celebrities was contributing to the shortage of IV multivitamin nutrition used for premature babies and re-nourishment of hospital patients, all in the name of looking good for a photo shoot or bouncing back from the Golden Globes after party.  It’s clear that this is not going away any time soon.

What’s most concerning, particularly for the Australian drinking culture, is that this practice further promotes our already worrying binge drinking culture. Statistically, 30% of consumers aged between 18-24 years will have over 11 standard drinks within an evening (DrinkWise, 2014). “It may get some people to consider that they can write themselves off and that somehow these people will come to the rescue” says Parnis.

With these services being offered to guests in Las Vegas hotel rooms or home delivery in New York, it seems that with two international cities renowned for their around the clock partying ways, this questionable service may be further expanding across the country as it gains momentum in Australia’s biggest city.

Let us know your thoughts. Do you feel they promote excessive drinking?