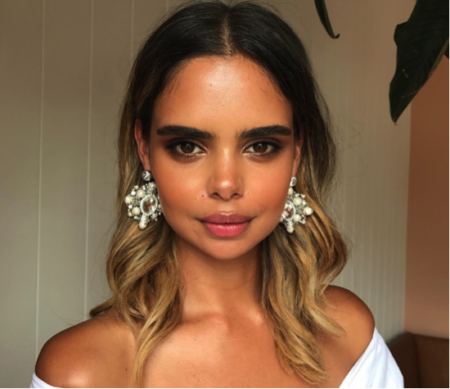 Aussie model Samantha Harris has been an established face in the industry since being a finalist in Girlfriend Magazine’s Covergirl Competition in her teens. She has been part of some of the biggest fashion campaigns in Australia, including Seafolly and David Jones. But one thing that Samantha has spoken about that hasn’t changed is racial remarks on her social media platforms.

The 27 year old model and Priceline ambassador attended the Moet & Chandon Spring Champion Stakes Day in Sydney over the weekend, where she was photographed by paparazzi with a group of friends. She stated in her post that this was “not a flattering photo”, but acknowledged that it was the hurtful and racist words of the “keyboard warriors” that got to her the most.

The model received an outpour of support from her followers, with many praising her for speaking out about this issue.

“Thank you for bringing diversity to the fashion world and being a strong, beautiful woman who doesn’t tolerate bullying.”

“I would love to see more diversity on the catwalks and in campaigns because Australia itself is such a multicultural country, why don’t we celebrate that”.

“Indigenous Fashion Week happened last year. I saw so many beautiful Aboriginal girls. I don’t understand why there aren’t more young [Aboriginal] girls on the catwalk”.

Just last month, Australia’s Next Top Model alumni Duckie Thot spoke out about feeling forced to move overseas to further her modelling career. She featured on the cover of Paper magazine and spoke about the struggles she had with booking jobs back home in Australia.

“I didn’t understand why, but I wasn’t getting any work… I think it was a very confusing part of my life for me. I was just this little [black] girl in Australia just being like, ‘Oh yeah, I want to do modelling’, but [while also] being in a country that doesn’t promote black models. It was kind of like a mindf— all in itself anyways, so I didn’t really get how far I was going to go with it.” 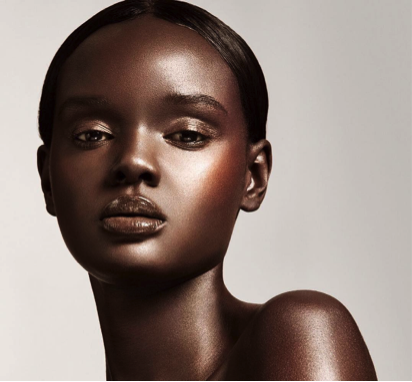 The Sudanese model, who grew up in Melbourne, competed in Cycle 8 of ANTM and has since risen to international status in the last 12 months since moving to the United States for work. She recently walked in several shows in New York Fashion Week.

The fashion industry has had a long history of whitewashing campaigns and runway shows. In 2008, Jezabel reporter Dodai Stewart looked over the diversity of the fall fashion runway season for the year. Women of colour (Black, Asian or Hispanic) were represented in just 12% of the shows.

Clearly we need more change in the modelling industry to exhibit increased racial diversity, as well as a broader range of body shapes and sizes. However we also need to ensure that it is safe for models to exhibit diversity. How would you speak back to these trolls?