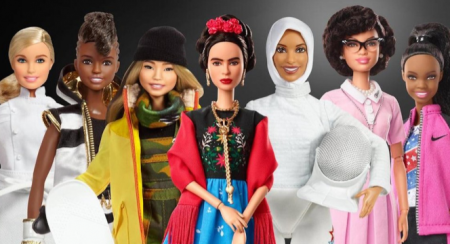 On International Women’s Day 2018, Mattel took the opportunity to introduce a new line of Barbie to give girls a talking point of who inspires them in their life. Studies conducted by Mattel showed that 86% of mums were concerned about the influences their daughters were being exposed to, which was heard by the toy company who implemented change.

Ranging from different ethnicities, occupations and even body diversity, the 19 dolls cover women from the past and present, highlighting that dedication to your dreams does pay off. Included in the lineup are artist Frida Kahlo, aviation pioneer Amelia Earhart, conservationist Bindi Irwin, mathematician & physicist Katherine Johnson, and model & body image activist Ashley Graham.

This is a nice turning point for the Barbie range, who reported a 16% decrease in sales in 2014. Over recent years, the toy brand has had to adapt to its audience demands, steering clear of the 1950’s blonde housewife stereotypes to ranges including body diversity, male diversity (such as hipster Ken with his man bun), and now this series features American fencer Ibtihaj Muhammad, who is now the first hijab wearing Barbie. Back in 2016, our BodyMatters director, Sarah McMahon, shared her thoughts on the image evolution of Barbie. 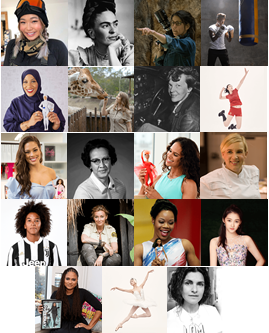 Sadly, many of the dolls featured are one of a kind, which means only limited options are available for purchase on the Mattel website. It’s refreshing to see that there is further diversity added to Barbie’s portfolio, but in my opinion, much more work is still to be done. It is hard to see this as anything more than a tokenistic effort to increase marketing and sales than a genuine commitment to diversity.

Mattel has asked it’s consumers to talk about their role models on social media. You can do so by using the hashtag #MoreRoleModels. We at BodyMatters would also like to know, who is a female inspiration to you. Add your comments below.