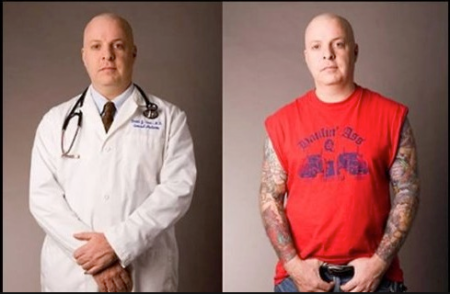 30 milliseconds is all it takes to make a first impression on someone (source: abc). By the time you’ve read that sentence, someone new in your life would have already made up their mind about you. It’s not a lot of time, is it? That fraction of a second gives us enough data to decide whether we find someone attractive, whether we want to trust them, or whether we like or dislike them. It’s a huge amount of pressure to get it right on the first interaction.

According to psychologist and author Amy Cuddy, we subconsciously ask ourselves the following when meeting new people:

“Can I trust this person?”

“Can I respect this person?”

Thinslicing, a term used in psychology, is the ability we have to take a small piece of information and make a judgement call on the first interaction with someone. It’s that gut instinct you have when you’re walking home late at night and decide to cross the dark street to avoid the “scary” looking stranger approaching you on the footpath.

Confirmation bias also plays a role in our thought process of meeting someone new. Take for instance; on first impression of meeting your best friend’s new partner, they were rude to you. This really pisses you off and you immediately go on the defence, whether it is “I don’t like them” or “they’re not good enough for my friend”. As you continue to interact with them and gather further data on them, the focus shifts to any evidence that you believe continues to make them rude – for example, they may not make a huge effort to interact with you, not address you by name, or have an opposing opinion on something you’re both passionate about. What may also exist is a shared love of sports, similar interests in music or a mutual group of friends. However, when we focus on editing the reel to confirm our opinions, we often put the blinders on to taking in the bigger picture.

Studies have shown that within seconds, we can make up conclusions about the following:

Status: A study carried out by Nelissen and Meijers (2011) found that those who wore designer labels were viewed as higher status compared to those who wore unidentified brands.

Intelligence: Professor Nora A. Murphy conducted a study, where it was found that those who could hold conversations whilst looking their peers in the eye were perceived as having greater intelligence. 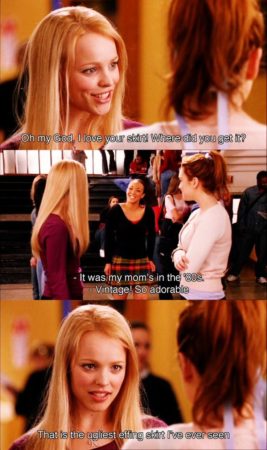 Promiscuity: Women with visible tattoos have been perceived as more promiscuous compared to those without, according to Swami and Furnham (2007).

Dominance: Studies have found that bald men have been viewed as more dominant compared to men with fuller hair, according to Mannes (2012).

Success: Men who wear custom made suits have been associated with greater success compared to those who purchase off the rack (Source: emerald insight).

The majority of us feel that we are a good judge of character, and most times, we are accurate in the assumptions we make when we meet new people. Distortion and judgement do play a part in our decision making. However, our brain is pretty clever in reading not only what’s being said, but how it’s being said. Think Regina George from Mean Girls.

So, how do we work on making a good first impression? The answer is being open to meeting new people and expressing an interest in them. Presenting yourself with a demeanour that is easy to read (even if you’re having a crappy day) is more inviting to others compared to closed-off communication. Taking the initiative to find common ground with those unknown to us also sends the message that you are open to meeting new people – try talking about movies, TV shows, books or travel. Finally, challenging your initial beliefs is important to try every now and then, particularly if this new addition is planning to become a permanent member in your life (say, the friend’s new partner?). Try not to zone in on the evidence that further puts them in the dislike basket; after all, we’re all multifaceted human beings.