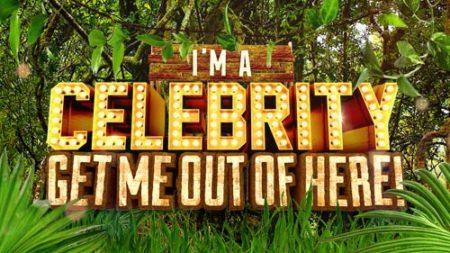 First things first, I am not a viewer, nor a fan of the Channel Ten show “I’m A Celebrity Get Me Out Of Here”. This did require me to do a bit of research to find out what the show was about. What drove me to write this were the social media coverage and discussion points that have been going on in social media and around the water cooler.

The premise of the show is simple. Take a bunch of D-list celebrities, put them in a jungle, and then challenge them to eat critters and crawlers to get access to supplies outside of their bland and basic food. With each week, viewers vote off a celeb until they get to the last man standing.

The “entertainment” comes from doing something extreme (think lying in a dark box with snakes crawling all over your body – I could think of nothing worse!). It also comes from following the celebs journey of their struggles during the peak of celebrity.

Take Tziporah Malkah for example (aka former model Kate Fischer). During her time in the “jungle”, viewers saw her opening up about her modelling days, including the development of an eating disorder at the young age of eight. Malkah’s history has included bulimia as well as binge eating disorder. Since her eviction, she has come out of the jungle with the game plan (and rise back to fame) of promoting her weight loss in lucrative deals such as magazine covers and radio interviews, and maybe even a weight loss campaign.

Then there is Miss Universe Australia contestant Tegan Martin. She has openly discussed her rejection experience during casting of Australia’s Next Top Model due to body shaming. She has also brought up the struggles of her modelling career, which at times resulted in food restricting to get past the catwalk auditions.

Here’s what bothers me. The show has done two things – a) promoted weight loss through restricted eating and b) hired celebrities with a history of disordered eating and body image issues for the purpose of putting them through an unrealistic and aggressive food regime all in the name of entertainment.

Flow on effects from the show have included post eviction interviews detailing the over-indulging since returning back to Australia.

“I’m high on sugar right now… I’ve got a plate of French fries, Pringles, chocolate, I’ve just scoffed down some beef, everything at the moment.” said Tegan Martin on Kyle and Jackie O.

I’ve also seen articles discussing why some celebs are losing more weight than others, as well as listing the daily intake of the celebs diet whilst in the jungle. The team psychologist, Kate Baecher, has even commented on how the deprivation of food contributes to their mental health.

“Because they are food deprived, their thoughts are going haywire and that makes them really negatively emotional.”

To me, the whole concept is unethical. It’s wrong to be placing vulnerable people in these situations. It’s also sending the wrong message to viewers when it comes to the acceptability of restrictive eating as a method to reduce ones weight.

What are your thoughts?

If you or anyone you know is struggling with your relationship with food, contact us at BodyMatters to arrange an appointment with one of our therapists.

One response to “Why is I’m A Celebrity promoting weight loss?”