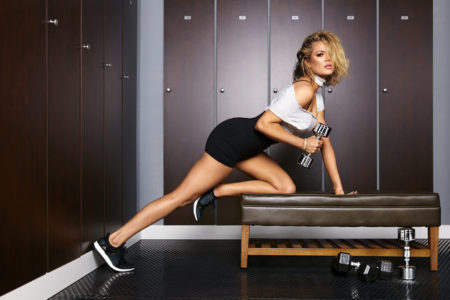 The Kardashian’s are at it again in 2017. Kim is back on social media, Rob and Chyna have just had a baby, and the youngest of the Kardashian daughters, Khloe, has been doing the rounds of media campaigns for the release of her new television show ‘Revenge Body with Khloe Kardashian’ on E!

In the lead up to the reality show, health experts have vocalised their concerns that Kardashian’s show promotes physical appearance and weight loss as the key component to happiness. “The idea to package a 100% appearance based program in a pretty & positive bow is horrifying. Getting back at your ex with a ‘revenge body’ is not empowering, nor is it body positive. It can’t be, it is the antithesis” – Rebecca Clyde, Dietitian and Health Coach.

Promotional ads have Kardashian’s voiceover asking the participants “who do you want to get revenge on?”, to which the responses include an ex-fiancé, a mother, and friends.

With Khloe showing before and after shots of her weight loss progress as a social media teaser for the show, you can’t help but feel that she’s promoting weight loss as a weapon for getting back on those who have done you wrong. 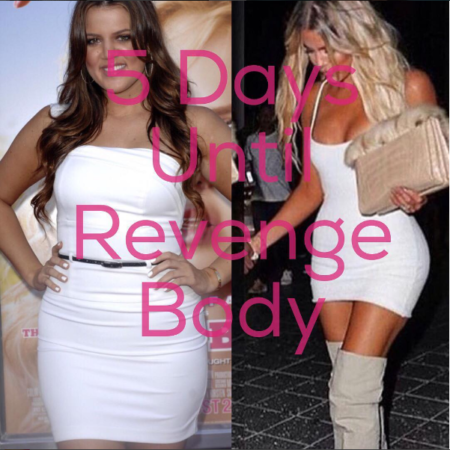 The show itself is a carbon copy of all the other weight loss shows that have graced our television screens – The Biggest Loser, Excess Baggage, Celebrity Overhaul, Extreme Makeover – the only difference being the host, one of the biggest celebrities on social media whose family have dominated everything from clothing and cosmetics, to workout routines and even how to assemble your cookie jar to cater to your “OCD”.

What’s apparent in the first episode is the same old labelling, messages and expectations in a typical weight loss show. One contestant refers to herself as the “duff” in her group of friends (an acronym for the designated, ugly, fat friend) – how awful! And then there’s the expectation that weight loss will get your ex to fall in love with you again. Not only is this a very vain perception of relationships, but very unrealistic as well. With contestants working out twice daily during their “makeover”, the realistic expectations of one to maintain this lifestyle when back in the real world means that many of these contestants could return to, or even gain more than their commencing weight (as studies have shown in our previous blogs).

In a nutshell, Kardashian’s overall message suggests that happiness and love, whether it’s from friends, family or a loved one is only earnt when you fit the Kardashian mould – fit, fabulous and flaunting everything you’ve got.

Whilst Kardashian provides contestants with the glitz and glam of her squad, including celebrity personal trainers and stylists, there is no footage of any interaction with a therapeutic team to work through the underlying issue that is their body image. Granted, Khloe does note that she does not refer her happiness to the number on the scales, but unlike Kardashian, these every day American’s do not have the resources that she has, who let’s be honest, get paid to make her look and feel good about herself.

Sadly, this show will fit into the same genre as the rest of them, following the standards of Western beauty and the desire for thinness. There is more emotion shot in the contestants meeting Kardashian for the first time than there is during the unveiling of their makeover – could it be that they’re exhausted from the training, filming and dedicating their waking moments for 12 weeks to television ratings? Or is it simply a case of weight loss not always addressing the underlying issue?

As noted by The Washington Post reporter Bethonie Butler, the term “revenge body” doesn’t exactly convey a search for inner-peace.

BodyMatters works with clients who are experiencing weight and body image issues. You can contact us to enquire or make an appointment.