We are excited to inform you of our upcoming March Recovery Talk speaker, Millie. Millie battled anorexia for 15 years from the age of 12 – 27 years of age. She is now a Carolyn Costin Institute certified Eating Disorder Recovery Coach and a certified Neuro-Linguistic Programming Practitioner. She works with Sunshine Coast based charity endED where she has been involved with the establishment of Australia’s first residential eating disorders facility ‘Wandi Nerida’. Last year she also established her private practice HealED where she works with clients from around the world to help them gain freedom from their eating disorders.

Millie’s eating disorder journey began around the age of 12 years old. It was also around this time that Millie had changed from primary school to an all girl’s private high school. Millie began feeling the desire to be fit and slim for summer, which had led to her packing her own lunches. This later spiralled into not eating lunch at school at all. At the time she was not aware that she was developing an eating disorder, however Millie also began to over exercise which led to significant weight loss.

Millie was taken out of school at the beginning of year 8 where she undertook Maudsley Family Therapy for a year. Millie has undergone a number of treatment approaches for over 15 years that involved a number of outpatient treatments and seeing private clinicians,  however had little impact. She had later tried an inpatient program for a short period of time but did not enjoy the treatment program that was being provided. Other approaches she tried included narrative therapy and CBT.

The lowest point during Millie’s recovery was when she was told that she was only given a week to live. Clinicians had informed her that she was not going to recover and that the eating disorder was too severe and enduring. It was at this point that Millie was told to go into palliative care which led her to feel stripped of any hope,  due to professionals stating that full recovery wasn’t possible for her..

A significant moment and turning point during Millie’s treatment when she felt that she was on the right track to recovery was when her mother had brought her to the Sunshine Coast from her hometown in Auckland, New Zealand. She had seen a NLP practitioner who asked her ‘do you want to change your brain?’. Millie stated that she wanted to and the practitioner told her that she could. Millie had a moment of thinking ‘I either die not knowing how to live , or I give this living thing a go”. She threw herself into the deep end and decided she was properly going to let go and do this.

Millie realised she was recovering when she didn’t have the voice in her head anymore and felt like she had ownership over her life again. She was able to eat what she wanted, when she wanted and embraced her body, without comparing herself to others. She felt like her body had found her happy place and she was more focussed on life, the person she wanted to be and making a contribution to the world.

Advice Millie has for anyone who may be starting or in their recovery journey is that no matter how long or how hard your battle with an eating disorder has been – you can fully recover. Don’t let anyone tell you otherwise. It takes time and commitment, but it is possible. 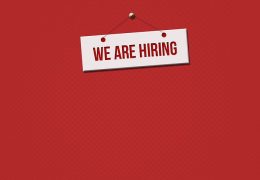 May
7
Fri
9:30 am Body Image Boot Camp: How to Imp...
Body Image Boot Camp: How to Imp...
May 7 @ 9:30 am – 4:30 pm
About the issue/ course: Improving body image can be the most challenging element of working with clients recovering from disordered eating, particularly in this age of “normative discontent”. Often when our clients relationship with food … Continued
May
8
Sat
5:30 pm May Eating Disorder Recovery Talk *
May Eating Disorder Recovery Talk *
May 8 @ 5:30 pm – 7:00 pm
An intimate, small group presentation where a recovered individual shares about their eating disorder recovery. This presentation offers hope and insight to sufferers, parents, partners and health professionals trying to understand the recovery process. Our … Continued
Jun
4
Fri
9:30 am Engaging Ambivalent Clients: Enh...
Engaging Ambivalent Clients: Enh...
Jun 4 @ 9:30 am – 4:30 pm
About the issue/ course: Enhancing our client’s motivation to change and building their self efficacy is absolutely paramount when it comes to treating people experiencing eating and body image issues- including anorexia nervosa, bulimia nervosa … Continued
View Calendar
Add