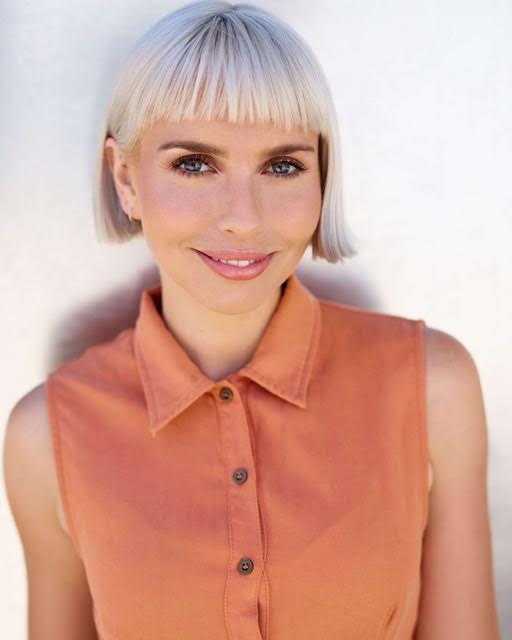 We are pleased to introduce our July recovery talk speaker, Maddy. Maddy is an actor, presenter and recent author with a children’s illustration book created to start conversations and bring awareness to eating disorders based on her personal experience. Maddy first noticed that something wasn’t quite right when she was just at the age of 8 years old where negative thoughts and toxic behaviours had started. Maddy was very hard on herself at school where her eating disorder progressed over 7 years.

Maddy had shifted schools during this time which was quite unsettling as she had a solid friend group but the sudden change in environments was quite challenging. Being at such a young age, Maddy received comments made about her body which she had taken very personally. It was from this that Maddy vividly remembers coming home and telling her mother that she had wanted to start eating healthy. However, during the mid 90’s, eating disorders were not very talked about with limited resources available.

Symptoms that Maddy had experienced at the time including body checking, categorizing food, preoccupied with mealtimes, avoiding meals and anxiety around meals as well as over-exercising and constant weighing. Her eating disorder was very restrictive, however, towards the hospitalisation stage, Maddy was eating very small meals as well as purging.

Maddy was an outpatient at an eating disorder clinic in Melbourne where she has seen a paediatrician and dietitian leading up to her hospitalisation. After her discharge, Maddy tried everything from family therapy, psychiatrist and psychology visits, reiki therapy and crystal therapy. However, she had found one-on-one sessions with a psychologist the most consistent and effective.

Maddy remembers the lowest point in her recovery journey where she has relapsed in her early 20’s when she went overseas for 12 months. She believes that this was influenced by being alone and isolated, not having anyone to check in on her and being out of her comfort zone. Maddy had come back from her trip quite ill and shaken up from feeling out of control as well as an incident that had occurred where she was physically threatened in France. Maddy then underwent intense psychology sessions when she returned home to get through this time.

Maddy got to a stage in her mid 20’s when she realised that she had too many things in her life that she wanted to achieve, and her eating disorder was hindering her. It wasn’t until she was around 24-25 when she realised, she wanted to have a family and had many creative endeavours she wanted to pursue. Coming into Maddy’s late 20’s, Maddy felt that she was in a well-rounded place both physically and mentally. She doesn’t believe that 100% recovery is a thing she can personally achieve. Maddy states that it is a balancing act, and it needs to be something she manages when things get hard or stressful.  It has been a lengthy journey, but she is doing very well and has a fantastic support network.

Looking back at her 15-year-old self in hospital, where the idea of making it to her 20s was not even a possibility. Now, Maddy has a husband, dog, house, and a great job. She is pursuing all the things she wanted in life which is such an amazing thing. She is now in a place where the future is exciting.

Advice Maddy has for anyone who may be starting or already in their recovery journey include: