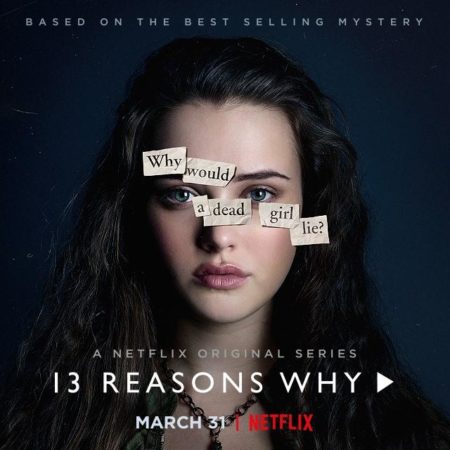 Youth mental health organisations are vocalising concern over the Netflix series, 13 Reasons Why, for the glorification and graphic content of the topic of suicide and rape.

The controversial series, based on the novel written by Jay Asher, follows the story of Hannah Baker, a 17 year old high school student who commits suicide. The storyline takes place following Hannah’s death, whereby she leaves behind 13 tape recordings, each targeted at a person whom she deems “responsible” for her decision to end her life.

The show has had a large platform on social media with its co-producer, actress and singer Selena Gomez, having one of the largest followings on Twitter and Instagram. Gomez has openly spoken out about mental health in the past, having struggled with depression and anxiety herself leading to inpatient treatment.

However, Headspace, the Australian mental health initiative targeted at youth audiences, has seen an increase in calls and emails regarding the graphic and triggering scenes depicted in the series and have vocalised concern over the content and its impact it may have on their vulnerable audience members (Source: Headspace). “There is a responsibility for broadcasters to know what they are showing and the impact that certain content can have on an audience – and a young audience in particular,” – Dr Steven Leicester, head of Headspace’s online counselling service.

One concern in particular with the graphic imagery in the series, is suicide contagion, whereby the act of suicide in a community increases the likelihood that others will also attempt suicide. According to Swanson & Colman (2013), a child aged 12-13 years old is five times more likely to have suicidal thoughts when they experience a classmate’s suicide.

“There is a great concern that I have … that young people are going to over identify with Hannah in the series and we actually may see more suicides as a result of this television series…I’ve heard from others that are really concerned because it’s so sensational and so graphic that they’re worried about the copycat effect of suicide.” – SAVE (Suicide Awareness Voices of Education) executive Dan Reidenberg (Source: abcnews).

Then of course there is the romanticising of Hannah’s suicide. The act itself is final, but in this series, the story begins after the fact, whereby Hannah has left a troubling trail of leads which contributed to her decision of ending her life. The series captivates audiences into the mystery of Hannah’s dramatic interactions with her classmates rather than the grief and loss that is experienced by the community following a suicide.

For parents with adolescent children who may be exposed to the hype of the show, it’s worth evaluating your child’s suitability to watching the show. In particular, The National Association of School Psychologists advises that parents with vulnerable children should steer clear of the show to avoid any triggering. “We do not recommend that vulnerable youth, especially those who have any degree of suicidal ideation, watch this series. Its powerful storytelling may lead impressionable viewers to romanticize the choices made by the characters and/or develop revenge fantasies… While many youth are resilient and capable of differentiating between a TV drama and real life, engaging in thoughtful conversations with them about the show is vital.”