Our very own Sarah McMahon, psychologist and director of BodyMatters, made an appearance on SBS’ Insight, discussing how plastic surgery is becoming normalised in adolescents and young adults. The forum focused on clients who had experienced plastic surgery of various natures, as well as medical and clinical opinions about the rise of plastic surgery in patients under 25. This was to coincide with the release of new medical guidelines for patients under 18 years who wish to carry out cosmetic surgery.

Included in the forum was social media personality Kurt Coleman. At age 19, he has 174,000 followers on Instagram. Kurt’s claim to fame is his love for himself, both on the inside, but mainly on the outside. Whilst he preaches perfection on social media, the teen has carried out Botox, lip and chin fillers, as well as his frequent ritual of spray tans. Coleman claims it’s all in the nature of experimenting with his looks and not a reflection on any negative body image issues. 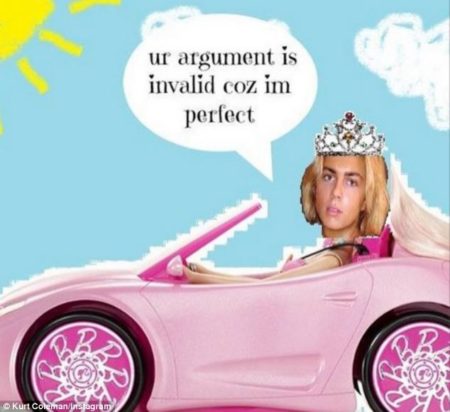 “It’s like changing my hair; I can get it done because I can… I do it because it’s creative. It’s playing around with what you look like. Don’t people change their hair because they want to play around with what they look like? It’s fun to play with your face”.

Seventeen year old Summer Wilson was influenced by her peers to get her top and bottom lip done. From her perspective, her lips were a contributor to her self-esteem and confidence levels, which in turn meant she was comparing herself to others since she was in year 9. As a teen, Summer sees that looks are a target area when it comes to bullying, which further confirmed her decision to get her lips done.

She notes that the likes of celebrities such as Kylie Jenner and Kim Kardashian have certainly contributed to the acceptance of cosmetic surgery in adolescents and young adults, which has seen an increase in younger clients coming in for “prevention work” as opposed to an “overhaul” in later life.

Gemma Kirby, 25, is a country singer who experienced dramatic weight loss, having lost half her body weight. Gemma was of the opinion that she would not look into work on her face, due to a fear of fillers and Botox. Interestingly, she carried out the radical and much more invasive transformation of a body lift, including the removal of excess skin, having her abs put back together, and a breast augmentation.

“I looked in the mirror and I had excess skin of a woman I was not proud of any more. I saw her as weak and someone that made bad decisions.”

One thing Kirby noticed in her early twenties was the rise in her friends getting breast augmentations due to the impressionable influence of boys wanting girls with larger breasts.

From a cultural perspective, cosmetic surgery appears to be playing a role in certain cultures as a form of status, as well as beauty. Rita Abdou, a 23 year old former TV presenter from Kuwait, migrated to Australia where the beauty standards were quite different compared to home.

“It’s very common back home. It’s the norm back home. That’s how I grew up and I’m comfortable”

In the four years since she started having procedures, Abdou has had botox, fillers and lip injections done, which is evident as she points out that her mouth is the only part that moves on her face.

“I’ve always liked the way I look, but I wouldn’t mind tweeking some things around to feel the same on the outside as I do on the inside”.

Ferani Heng, an Indonesian student living in Australia, has described the cultural expectations of beauty back home. Growing up, Ferani was criticized by family members about her appearance, including her mother who would place a clothes peg on her nose after school in hopes it would change shape over time.

“My flat nose and chubby cheeks is the combination of disaster”.

Indonesian culture has embraced beauty as a pathway to marry into wealth. For Ferani, she has been told by family members that she should excel in her studies to get ahead in life as opposed to seeking out a wealthy partner. Sadly, Ferani has found that she has become more accepting of her looks as she spends less time back at home in Indonesia.

The most shocking of them all was the story of Edward Zhang, 21, who sat in the forum next to his surgeon Dr Andrew Kim, who performed a double eyelid surgery on Edward. By Korean standards, a double eyelid surgery, aimed at enlarging the eyes, is a rite of passage gift to teens to enhance their looks for career prospects. Zhang, however, was sought after by Dr Kim’s staff to do the procedure (at a discount rate) so he could come on the program to discuss his personal experience.

It seems that past clients were not so willing to reveal their procedure on national television, which in turn, required someone who was willing to carry out the procedure in a short period of time prior to filming. In fact, Zhang received his initial consult a week after receiving the call, and was in the operating room three hours after consultation (a rarity in cosmetic surgery time). This however did not seem to bother Zhang, who is pleased with the results.

It’s interesting to see that with all these plastic surgery clients, the common theme between them all is criticism, even bullying, from outsiders (whether it be family members, friends, or complete strangers) to pursue a homogenized beauty ideal of western beauty standards. For some reason, these victims are feeling the need to change their individuality and diversity to please their community. At what point is it not the responsibility of the bullies to change their behaviour instead? We as a community should be celebrating our differences rather than conforming to one beauty standard, which to be honest, is starting to look all the same.

Whilst this is a move in the right direction, unfortunately, they are simply guidelines. Mandatory rules on underage cosmetic surgery are still a thing of the future and sadly, one that we are not moving fast enough to work towards.

Do you think we’re normalising cosmetic surgery in young adults? Have your say.

You can watch the episode on SBS On Demand