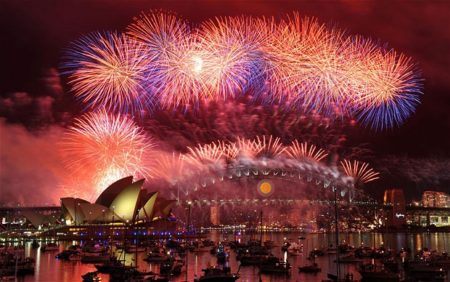 As we approach the new year, many of us take the opportunity to reflect on the year that has been and make note of hopes & aspirations for the year to come. The commencement of 2014 will be marked by millions of Australians resolving to lose weight as part of their new years goals. Millions made the same resolution in 2013. And 2012. And on New Years Eve for years and years prior to that. Clearly it is a goal that is never actualised- so why then is it a goal that continues to be established? And why is it that, in spite of this, the girth of Australians continues to expand? In fact the Australian Bureau of Statistics describes more than 70% of Australian males and 56.2% of females now as being overweight or obese.

An interesting article last year (http://www.dailymail.co.uk/femail/article-2084608/New-Year-diets-distant-memory-92-cent-given-up.html) indicated that of those who embark on a “diet” for a new years resolution are bound to “fail”. I think this is a familiar notion, yet the allure of weight loss means that many of us ignore this reality for many reasons. In particular the said article indicated that:

Why? The article cited boredom, huger & alcohol as primary barriers.

Id like to dispute these three barriers as to why so many people “fail” at new years diets and suggest the three alternative explanations:

A (bonus) fourth reason as to why to not focus on dieting and losing weight: Whilst culturally diets are endorsed as “healthy’ behaviour”, the reality is in many instances weight loss practices are harmful. Diets pose long term health risks, particularly when drastic weight loss practices such as severe restriction, purging, diet pills and weight loss surgeries are engaged.

A (bonus) fifth reason: Fatness itself may not actually be that bad: there is now an abundance of research to suggest that the health outcomes associated with “obesity” maybe due to confounding variables such as a sedentary lifestyle, weight cycling, or avoidance of medical treatment due to fat shame. Indeed it seems that fitness is a better predictor of health than fatness.

Work on improving your health instead.

Make health your goal. Pursuing health is dynamic, engaging and satisfying. It is about improving the quality of your life rather than restricting and taking away from it in the way that dieting does. It is about adding value rather than causing harm. Pursuing health is holistic and not reduced to one simple measure like the number on the scale. If you are sitting above your natural body weight and engage in a more healthy lifestyle then yes there certainly is the possibility that your weight will drop- however this is not guaranteed. So I encourage you: as the year approaches, think about how you can improve your health in a holistic sense. You will find your weight matters far less when your focus is elsewhere.

Recommended reading: Health at Every Size available from our bookshop.