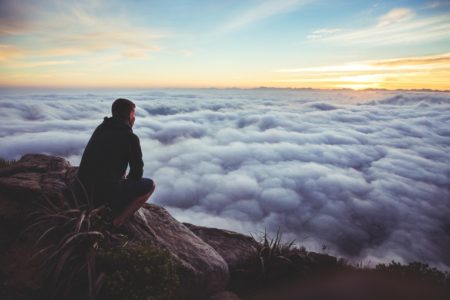 The practice of mindfulness stems back thousands of years, originating from traditional practices such as Hinduism and Buddhism. In recent years, mindfulness has taken on a Westernised approach, with resources now available in books, CD’s, phone apps and short courses.

The purpose of mindfulness is to be living in the moment, accepting the passing of both good and bad feelings without judgement. A good analogy is to think of your thoughts as waves in the ocean, just letting them come and go as they please.

There are many benefits to mindfulness that go beyond having a moment of peace in your day. You may even be surprised to read some of these findings.

Practicing mindfulness has been linked to reduction in the stress hormone cortisol (Source: pubmed). It has also benefited those who experience irregularity in their mood and emotions, including ruminating, anxiety and depression. US troops have also seen the benefits of mindfulness when it comes to PTSD.

Studies carried out at Harvard University showed participants who entered into an eight week mindfulness course had increased levels of grey matter density in the learning and memory regions of the brain (grey matter is the good stuff – we want lots of that!). This in turn benefited their concentration and intake of new information.

Time Magazine reported a study at the University of Montreal comparing Zen Masters to a control group. The Zen Masters, who practiced mindfulness, reported that they felt less pain when compared to those in the control group. Although their fMRI scans showed brain function detecting pain, their perception of the pain was subtle compared to those who did not practice mindfulness.

In fact, as little as an hour of mindfulness can help reduce levels of pain, as discovered in a study carried out by Fadel Zeidan at North Carolina’s Wake Forest Baptist Medical Centre.

In a study carried out in 2012 by Maharishi University, participants with high risks of cardiac issues had the option between attending seminars on diet or mindfulness. A follow up five years later found that those who attended the mindfulness seminars had a 48% reduction in their risk of heart disease and stroke.

Reduces the risk of Alzheimer’s

Brain, Behaviour and Immunity, an online journal, published a study by UCLA in 2012. Participants who carried out 30 minutes of daily mindfulness were found to reduce their risk of Alzheimer’s, heart disease, loneliness and depression.

Mindfulness has been linked to reductions in anxiety, depression, misbehaving in school and at home, self-esteem, academic performance and even sleep in children (Source: mindfulness in schools). American actress Goldie Hawn started up MindUp, a school curriculum focusing on teaching children about mindfulness, awareness of oneself and others, social and emotional learning and positive psychology.

There are many resources out there to help you engage in mindfulness, including colouring in books, podcasts, phone apps and courses. There is no set time frame to participate in mindfulness – even a few minutes can do wonders for the soul. All it requires is a little time, some patience and finding the right method for you.

At BodyMatters, we offer the chance to develop mindfulness skills through one-on-one sessions with a psychologist. Please contact us to find out more.