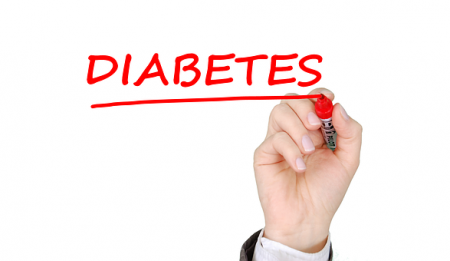 An important guest blog by Georgie Peters, reposted with permission from My Lazy Pacreas

“It’s about time we lay down some uncomfortable truths about disordered eating and diabetes. National Diabetes Week in Australia has the theme of “It’s About Time” for early detection and early treatment of diabetes – an AWESOME campaign! Do you know what I do with awesome campaigns? I piggy back off them.

Do you know what else it’s about time for?

It’s about time that we realise that diabetes treatment is disordered. The way we have to relate to food is disordered, but there is no other way around it. To have diabetes and not count carbs or serves is nearly impossible. To look at food as a number is an inescapable reality.

It’s about time that diabetes treatment becomes weight-neutral. You look at us and see numbers – BGLs, an hba1c, measurements, a weight. How about helping us live our best life, manage our numbers, and trust our body to find the weight that means we’re living happily and healthily?

It’s about time that we stop having to educate our healthcare professionals about our own condition. Do you know what it’s like to sit in a psychologist’s office and argue that there is no way around not counting your food? That your diabetes team refuse to stop weighing you, or that you’re not being accepted into treatment because none of your behaviours fit neatly into the criteria, even though you’re slowly killing yourself?

It’s about time that we realise that regardless of your type of diabetes, you are at more of a risk to develop an eating disorder than the average person. What other people do you know that are encouraged to count their food, exist within an online community that calls certain foods bad or ‘poison’, whose disease is stigmatised by society and who are encouraged to lose as much weight as possible?

It’s about time that people stop encouraging and praising unhealthy behaviours in people with diabetes. Someone obsessively exercising and counting their food isn’t a ‘role model’ or someone to wish you were like – it’s someone taken in by diet culture and weight stigma, and who is headed on a one-way trip to a disordered relationship with food. Swap the praise for concern, you’ll be surprised what you find.

It’s about time that we are listened to – if not for our immediate wellbeing, then for our risk of developing complications. Insulin omission, as well as any disordered eating behaviour (purging, restricting, etc.) can severely impact our diabetes management and increase the risk of complications, diabetic and otherwise. If you don’t think that what we’re doing is disordered, at least recognise that what we’re doing has severe physical repercussions. Diabetes and an eating disorder is deadly.

It’s about time we increase and fund the research on diabetes and eatings disorders. We don’t know a lot about the prevalence of eating disorders in people with diabetes, or all the varied experiences. When there is research and funding it tends to focus on insulin omission and people with type 1, and we need so much more research into all kinds of experiences. People with diabetes are as unique as anyone else, so why expect our struggles with disordered eating to be homogenous?

It’s about time we move into the action phase. We are already in the awareness phase – DWED, Diabulimia Helpline, We are Diabetes, DEDA…we have been spreading the message, interviewing, speaking, writing, social media-ing our butts off – but there’s so much more to do. We need to pair the talking with the DOING. Awareness is so important, but we need to use this awareness to create some meaningful change down here in Australia and New Zealand. We need healthcare professionals working with us, people from diabetes organisations. taking us seriously and not brushing us off as a mouthy patient and consumer but someone who deeply cares about this issue and wants change to occur. We’re your ally, not your enemy…let us help you!

It’s about time that we come together, as a diabetes community, to stop members of our community falling through the gaps. If we don’t do it, who else will?

To see more on “It’s About Time”, please visit this website here. It’s really important we create awareness about the early signs of both types of diabetes, as too many people are becoming sick and dying. That is the common theme here, with both the signs of diabetes and the signs of an eating disorder – let’s stop members (and future members!) of our community falling through the gaps – education, awareness, and action!