One of the many Vanity Fair Hollywood Issue covers lacking diversity

Vanity Fair’s Hollywood Issue represents the shining stars of film and television, showing the year’s direction in the entertainment industry. The magazine, however, has been under criticism for many years for its lack of diversity. Actors of colour have featured over the years, however, with very limited representation. Women of varying ethnicities, including Asian, African and Latino have usually featured on the right hand side of the fold out, meaning that the product is packaged so that these talents are folded into the magazine and don’t get seen until the magazine sale is made.

Women of colour have been noted in the media as falsely represented, often whitewashed to show a lighter skin tone, wispy hair and lighter eyes. Think Lupita Nyong’o in Vanity Fair’s “Vanities” section shown with lighter skin, in a white feathery gown and surrounded by giant white balloons. Or Beyonce’s L’Oréal campaign, to which the singer has been lightened in complexion and hair colour.

The evolution of Beyonce

(Source: LEFT AND MIDDLE and RIGHT)

Yes, Queen Bey doesn’t always shine so brightly up there on her throne. Her image has been questioned to follow white beauty standards all the way back to her Destiny’s Child days when she was a teenager. Tabloid rumours have circulated in the past that her father and manager of the girl group, Mathew Knowles, persuaded Beyoncé to use skin lightening treatments so that she stood out as the lightest complexion member of the group (Daily Mail, 2012).

Scarily, this trend has made its way down to us mere mortals, with big beauty companies such as Unilever producing skin lightening products over in India. Taking that one step further are the wealthy women of Kenya opting for quick fixes in their skin tone by having beauticians inject them with topical skin lightening creams. Some beauticians believe that this process could turn customers into “albinos”, which is believed to make them more attractive to male suitors. The side effects however to such procedures can include skin infections as well as dying skin tissue.

Whitewashing has not just affected the African community. A greater number of minority groups migrating to America are following Caucasian beauty standards. In fact, Latin American’s have seen a spike in eating disorders as their beauty standards have changed from curvaceous hourglass body shapes to slender features of white-Americans. Modern Family star Sofia Vergara, who is currently the highest paid actress in television and possibly the most influential Latino in the media, has featured in diet Pepsi’s skinny can campaign with what is believed to be a photoshopped version of her famous curves. 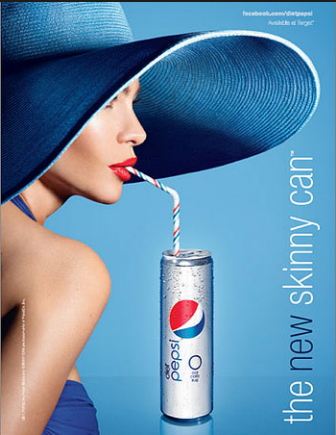 African American author Iyanla Vanzant has noted that the issue of whitewashing in America traces back to slavery. Children of mixed race, as a result of female slaves having children with their ‘owners’, received preferential treatment over children with darker skin. Wealth and power was associated with lighter skin, whilst darker skin represented poverty and inferiority. Ironically, the Caucasian population whether here in Australia or in America, are desperate to darken their skin through the use of spray tans and sun beds.

It seems that no matter what race, we’re always trying to attain a feature that someone else has. But, with the American population being so diverse these days, it’s hard to understand why the Caucasian market is so strongly represented when one third of the population are not Caucasian. Isn’t it time to shift this to represent broader diversity?

MTV America did a short on the struggles that many women experience with white beauty standards.

You can view this online here.

Let us know your thoughts – is this an issue you’ve noticed in the beauty industry?