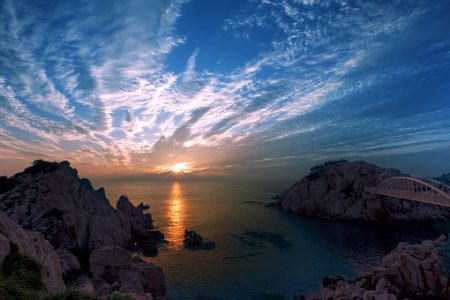 Receiving a cancer diagnosis is devastating. Unfortunately, when the doctor delivers this news, the most difficult part is only beginning. In addition to painful treatment, and often crippling debt, cancer patients are at risk for eating disorders. Adding a battle with an eating disorder to the mix seems unbearable, but The National Cancer Institute reports that “almost all” people with advanced cancer develop anorexia.

The type of anorexia developed by cancer patients is called cachexia or “Wasting Disorder.”  The disease is characterized by weight loss, the loss of muscle tone, and the onset of anorexia in people with cancer.

There are two types of cachexia in cancer patients – the first is when the patient eats normally but their body no longer utilizes the nutrients. The second type is when patients stop eating because their illness has caused them to lose their appetite, and the body develops cachexia as a result. When a patient starves themselves deliberately, this form of cachexia leads to anorexia.

Patients may lose up to 20 percent of their body weight when suffering from cachexia. Those who suffer from both cachexia and anorexia may lose far more. The only way to manage a patient’s cachexia is by gaining control of their cancer. It is often assumed that increasing a patient’s caloric intake will improve their cachexia but unfortunately weight gain through this method is minimal. Additionally, the gain in weight would occur only in the fatty tissue, not in the muscles, where it is needed most. The only way to diminish the symptoms of wasting disorder is through weight gain which directly impacts increased muscle tone.

While there is no easy fix for patients who suffer from cachexia, some doctors recommend the use of corticosteroids to increase appetite.The medication has been shown to increase a patient’s mood as well. Medical marijuana has also been implemented in the hopes of increasing weight gain in underweight patients. Additionally some doctors work with a nutritionist to determine a vitamin regime and specific foods a patient with cachexia should be eating to maximize protein intake.

Patients with cancer of the lung, such as the rare mesothelioma cancer, pancreatic, and upper gastrointestinal cancers are more likely to develop anorexia. It remains the most commonly diagnosed cause of cancer patient malnutrition.

Addressing the issues that often trigger the cachexia can help to mitigate symptoms. Anorectic factors for which specific strategies may be employed include taste abnormalities, pain, nausea, and depression.

In an effort to  encourage patients to maintain healthy eating habits, studies have shown success with simple changes. These adjustments include the focus on ambiance surrounding the patients meal, concern for patients food preferences, and attention to the most pleasant social setting for the serving of meals is desirable. There is also value in eating with a family member, friend, or fellow patient and, if desired, serving wine. The wine may stimulate both appetite and social interaction.

Overall, it is important to stress to the patient that proper nutrition is an essential part of managing their cancer. However, while having those conversations, be sure to remember that they are suffering, and avoid judgemental or harsh tones.