BodyMatters is pleased to be hosting Jessie as this months Recovery Talks speaker. Jessie will be sharing her personal story of how she has recovered from Bulimia Nervosa. 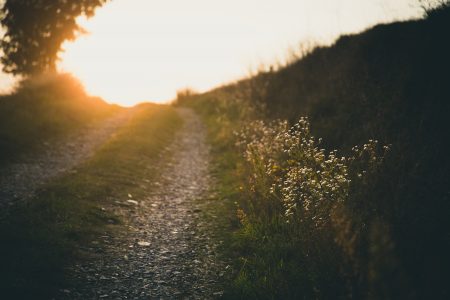 Jessie grew up in Auckland, New Zealand. During her teenage years she began ballroom dancing which she describes as thoroughly enjoying. She had a good relationship with her dance partner and remembers feeling that dance was a healthy co-curricular activity. At age 16, Jessie’s family relocated to Brisbane which Jessie recalls being difficult for her. One challenging part of the move was leaving her friends behind and engaging at a new school. She describes a feeling of not fitting in and remembers not easily making friends. In addition to this, she did not have a dance partner in Brisbane, forcing her to temporarily give up her dancing identity.

During this period, Jessie recalls gaining a small amount weight due to not dancing, which ultimately led her to restrict her eating to lose weight. Prior to this she had not been concerned with body shape, however, she was becoming more aware of her body. Soon after beginning restricting her food intake, she also began a cycle of binging and purging. In the early stages of this, Jessie knew that she needed help and reached out for support from an Eating Disorder outreach program and a private psychologist. However, Jessie did not feel that these were the right fit for her, resulting in the continuation of her eating disorder behaviours.

Despite eventually finding a  dance partner, Jessie’s condition escalated and resulted in Jessie regularly restricting as well as binging and purging. She was busy during this period- balancing dance, multiple jobs and University study. Her dance career also “took off” and she began dancing at both a state and international level. However, despite their team success in dance, she describes the relationships with her dance partners as being toxic and exacerbating her eating disorder. She also felt an overwhelming drive for perfectionism stemming from her dance career, as well as high stress from her lifestyle of balancing the responsibilities she had taken on.

Jessie reached a breaking point and knew things needed to change, leading her to reach out once again for help by speaking with a GP about what she was experiencing. This GP encouraged her to put in an application for the QuEDS outpatient program. As this was a government funded program, there were minimal places and Jessie had to fight for her position in it. Luckily, she was accepted and spent three months completing the program. Following the programs completion, Jessie felt hopeful that her recovery journey would continue, which it has. Jessie now believes that she has recovered from her eating disorder and hopes to support others through their own recovery journeys.

When asked what advice she would give current sufferers, Jessie said to remember that recovery is very difficult- but that it is possible to find small joys during it through engaging in activities that you could not do while unwell. For Jessie, this was trying a new hobby or restaurant. Jessie says that although in her eyes she has recovered from Bulimia. However, she encourages sufferers to contemplate and define what recovery means, given this can vary greatly.