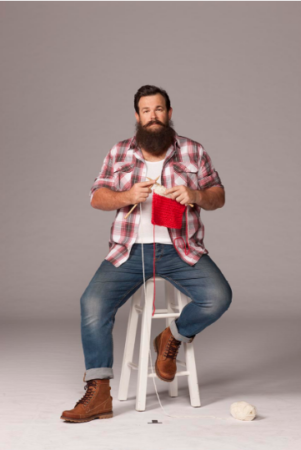 Triple M breakfast host Gus Worland is on a mission to save men’s lives. After experiencing firsthand the loss of his close friend Angus to suicide, the search for answers to mental health in men and the definition of masculinity in Australia is Worland’s call of duty in the new documentary series on ABC titled Man Up.

“The stereotypical Aussie man is strong, stoic and tough as nails. He laughs in the face of fear; and if life ever gets him down he drinks a cup of concrete and hardens the fuck up. But with male suicide rates three times that of women, it appears the pressure to harden up may be making some men crack”.

The number one cause of death in males aged 15-44 is suicide.

Every day in Australia, around 400 men are thinking about taking their life.

In this three part series, Gus is searching all parts of our great nation for answers as to why men choose to bottle up their emotions to avoid the perception of weakness in the eyes of their community. In the first episode, which aired last week, Worland spends his time honing in on career paths that have developed the mentality to suck it up, do your job and man up!

So what’s going on?

It seems that the traditions of masculinity are failing men, with many feeling the pressure to resolve the problems within their home, their family and their careers on their own. Half of Australian men say that they can’t lean on their friends for support. Worland explains first hand, that had he had the opportunity to sit down with his friend to discuss his issues, his approach would have been to try and “fix things” rather than sit and listen to the unsettling feelings he was experiencing.

“Let’s rewind 10 years, none of these guys would come up to me and say ‘I’m doing it tough’. More to the point, nobody would come up and say ‘Stevo, Gus is sitting in the corner over there and he is not looking too happy. I don’t know what’s wrong, what do I do?’. Guys are prepared to stand up and intervene for each other if they’re not doing too well mentally now. We’re trying to change men’s attitude in the construction industry and if you know some of these guys, it’s not something you can do overnight. It’s a long term project and it’s about saving lives” – Steve Toyer, construction worker.

It’s refreshing to see Worland, the epitome of what his listeners would view as an Aussie bloke, take the opportunity to sit back and ask questions, reflect on what he’s witnessed during filming, and even at times, take the opportunity to break down over the stigma that is male mental health. What’s more, his desire to explore with the Australian community the ideals on how men should be dealing with their emotions and issues is done through honesty and good humour, even at his own expense (case in point, asking strangers for man hugs) if it means making a point.

Worland’s research into mental health in men means that the first episode is loaded with mental health resources for the community, including MATES in Construction, Beyond Blue, Lifeline, The Black Dog Institute, and Mates4Mates. When lack of education and knowing where to turn to for help is a common theme in men’s mental health, it’s an excellent opportunity to teach viewers about what services are out there when men are in crisis.

Worland’s series continues this week exploring the communities that are tackling mental health issues, as well as his own campaign to change the face of men’s mental health.