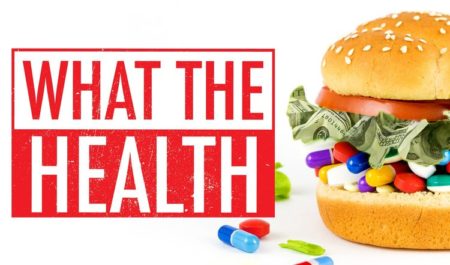 Source: What the health film

Over the past few months, Netflix has released a number controversial series and movies including ‘13 Reasons Why’ and ‘To the Bone’. Both of these were criticised for capitalising on serious mental health issues by dramatizing them for entertainment. Now, a trending documentary on Netflix, ‘What the Health,’ has also drawn criticism from the health professionals.

‘What the Health’ attempts to explore the health impacts of a diet high in meat, dairy and other animal products. It is produced by the same filmmakers as another controversial documentary ‘Cowspiracy,’ which examined the environmental impact of the agriculture industry.

‘What the Health’ suggests that the science surrounding what constitutes a healthy diet is black and white. What constitutes a healthy diet though is more of a shade of grey than the filmmakers suggest. The producers and experts interviewed in the documentary exclusively advocate a vegan diet to improve health. However, the documentary has been accused of being biased, as it does not provide any alternative points of views.

The documentary slams health institutions for accepting funding by big business, potentially compromising their positions. An example is the sugar industry contributing to American Diabetes Association. Ironically, ‘What the Health’ has been accused of only interviewing experts that have vegan-based businesses and therefore may also have monetary incentives for biased opinions.

Not only do the producers fail to explain the classification system, they also rely on emotive journalism, such as showing graphic images of mothers frying sausages and smoking cigarettes in a fry pan and serving them to their children. The documentary also makes extraordinary claims such as ‘eating one egg is as bad as smoking 5 cigarettes.’ When I fact checked one of the articles that the documentary cited to back up this claim I discovered that the study, although being authored in 2012, has not been peer reviewed. This  means it has not been scrutinised by the scientific community and has limited academic credibility. Similarly, the study itself acknowledges that the findings were based on self-reported consumption of eggs and did not take into account other sources of fat. Overall, to say the study is unreliable would be kind.

Ultimately, ‘What the Health’ raises some very valid concerns but these messages are constantly undermined by the lack of balance and the sensationalisation of claims. It seems common sense that most people in the world would benefit from increasing their vegetable consumption and having a more balanced diet. However, the filmmakers suggest that the vegan diet is the only healthy option without the consideration of alternatives.

In a world of ‘fake news’ and the increased reach of extreme points of view through social media platforms, there is an increasing distrust in information providers. I place documentaries on a pedestal for providing unbiased fact reporting, that would educate and help inform my own opinions. I lament that the reputation of documentaries has been taken advantage of by ‘What the Health.’ Perhaps we can no longer rely on documentaries for providing us with facts, especially when a not so veiled agenda is present.